Paula Crevoshay has always taken a keen interest in wildlife.  Like most of us, she is captivated by the rabbits, bobcats, coyote and deer when they come to her home.  She looks for hawks, owls and roadrunners and the birds at the backyard feeder.  She enjoys visits to the local zoo as much as her trips to elephant orphanages and wild animal refuges in Asia on her many trips there.

As an artist Crevoshay finds her inspiration in nature. In addition to fanciful creatures, she delights in making realistic portraits of flowers and animals with gold and gemstones. She calls this the process of translating the flora and fauna kingdoms into the mineral kingdom. 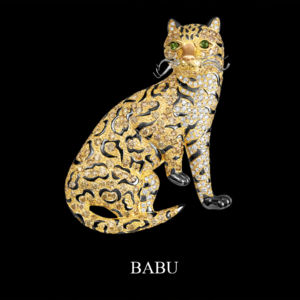 For example for an ocelot she gathers dozens of images of ocelots looking for expressions that reveal personality, paying particular attention to the eyes. She decides whether to use a full figure or just the face and she chooses a posture and attitude.

She then draws the image she wants and creates a stone map showing where each stone and color should be placed. Once the specific gem material is determine it must be sourced. While some materials, like white diamonds, are readily available, others are much harder to find. Quite often she must seek out the rough and have it cut to order.

When researching butterflies for inspiration for her art projects she was shocked to learn how many are threatened and how many species are already lost. She decided then that she would immortalize as many endangered species as she can to make a tangible record of their beauty, and so future generations could know what they loo

Therefore Paula is making a series of jewels depicting threatened and extinct species to make a record of their beauty, and remind us to be more mindful of the choices we make in our brief time on earth. Crevoshay has taken an interest in one of the major challenges of our time: the impending loss of so many of our fellow creatures that are threatened with extinction. 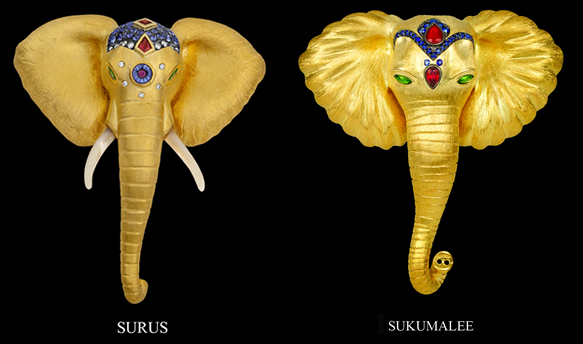 She is especially fond of elephants, so one of her early projects was of a species of African forest elephants that are already extinct.  She named it “Surus” after Hannibal’s personal mount that he took over the Alps with him, as it was of that now lost species. 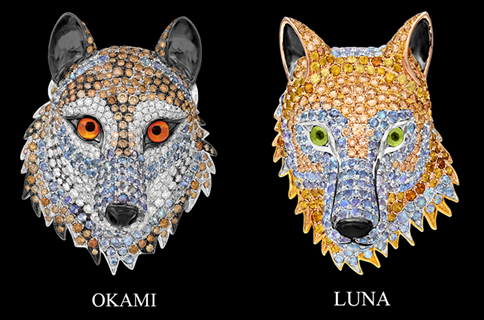 Once one of the most widely spread mammals in the world, wolves have been wiped out in most of their historical range in Europe, Asia and North America. It was once thought that there were over a million grey wolves in the lower 48 states, now there are less than 7,000. They are threatened with extinction and are locally extinct in most areas they used to roam.

The American red wolf, the most endangered wolf in the world, is solely native to the United States. Its historic range was across the southeastern U.S. but now they have been reduced to less than 20 wolves in the wild, and can now only be found in a national park in North Carolina. There are several hundred in captivity across the United States in conservation facilities working together to help save this national treasure.

Located on the Indonesian island of Sumatra this beautiful tiger was listed as critically endangered in 2008.  The Balinese and Javanese tigers are extinct.  It is thought that rising sea levels following the last Ice Age caused the tiger populations on each island to become isolated and evolve into distinct species. Their habitat in the lowlands and hilly forests is being converted into farming operations which not only reduces their food supply, but brings them into increasing conflict with humans.  There are some conservation efforts underway in Indonesia with help from the Australian Zoo.

Siberian (or Amur) Tigers were driven to near extinction, with fewer than 40 left in the wild in the 1940s.  It is now estimated that there may be as many as 540 according to the World Wildlife Fund.  They are under pressure from poaching and loss of habitat caused by logging, increased agriculture, road building, mining and urban expansion. 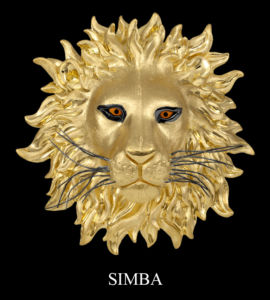 The world’s Lion population has declined by well over 90% in my lifetime, from about 500,000 to a little over 30,000, accelerating an age old trend.  American Lions went extinct along with Mastodons and Sabretooth Tigers a little over 10,000 years ago.  The last lion in Greece was killed over 2000 years ago and lions disappeared in the Middle East in the 1940s.  The only lions left in Morocco are in the King’s zoo and there are only about 500 Asiatic Lions left.  400 of them live in a preserve in Gujarat, India and the rest are in captivity. 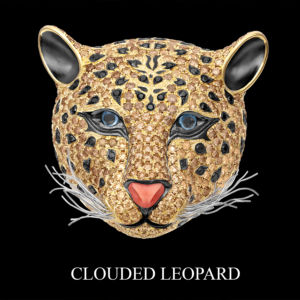 Clouded Leopards face many threats in their Southeast Asian homelands. Rapid development of industrial logging and large scale agricultural projects destroys habitat for the leopards and the prey they depend on.  This is exacerbated by illegal cutting of rare hardwoods in the few protected forests and being hunted by poachers for their skins, bones and meat for medicinal markets to fill the void brought about by the decimation of the tiger population. 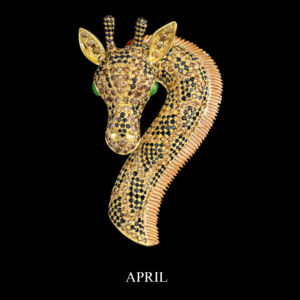 Did you know that giraffes, the tallest of the mammals, have the same number of vertebrae in their necks as you do?  I know what you are wondering; the answer is seven!  Unusual for animals associated with Africa, the giraffe evolved in Eurasia where they went extinct long ago. April was moved from a zoo to a large wild animal park in upstate New York and became very fertile, have had 5 babies so far!

Adults weigh more than a small car and they are reputed to be the only mammal that doesn’t swim.  There are now less than 100,000 giraffes left in the wild and their numbers are dropping rapidly. 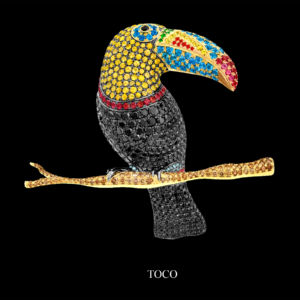 The Keel-billed Toucan occurs in tropical lowland evergreen and secondary forests from southern Mexico, where it is the only large toucan, south through Central America to northern Colombia and extreme northwestern Venezuela. The Keel-billed Toucan most frequently is encountered in the canopy in open rain forest and second growth woodland. 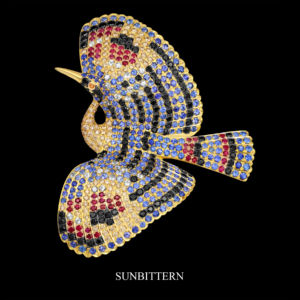 Sunbitterns are found near forested streams in the foothills and lowlands of Central and South America. They feed on insects and aquatic invertebrates, which they catch with a quick thrust of their long, pointed beak. Spreading their wings and tail reveals the spectacular sunburst pattern for which they are named, which plays an important role in intimidation displays.

Crevoshay donates proceeds from these wild life portraits to conservation groups. Paula is grateful to the wonderful people who collect these treasures for the good work they help her support.