Where Crevoshay jewels are made – and why that is the wrong question.?

Like all art, Crevoshay jewels are conceived wherever Crevoshay happens to be. For instance she had such profuse dreams after spending a day in the Forbidden City in Beijing that she completely filled a sketchbook with drawings upon waking up the next morning. These became the basis for her Chinoiserie Collection. 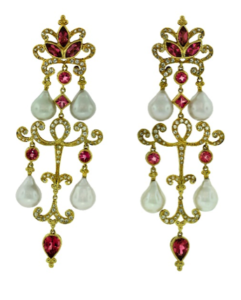 She might see a flower on a walk in London or Paris, in a conservatory in the US, or even at home in her own garden that sparks an image of a finished jewel. She says that she immediately knows exactly which gemstones she will use for what is really a portrait; the finished jewel is the immortalization of a moment of wonder and delight! 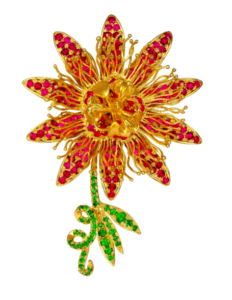 Although she took classes in jewelry making, which for centuries has been considered part of the well-rounded training of artists, and made a few pieces as gifts for family and friends, Crevoshay never imagined that it would become central to her artistic expression. But fate had other ideas for her.

After her husband George got into the gem business they spent every winter traveling to the gem mines and months in Bangkok where he cut the rough they acquired, and Paula began to play with the gems. One day she told George that she was going to go out and find her factory. She went for a walk in the jewelry district and went into a likely door.

No one there spoke English, and Paula’s Thai wasn’t up the task of explaining what she wanted, so they indicated that she should wait while they sent for an interpreter. The relationship became very deep and Paula works closely with them to this day. 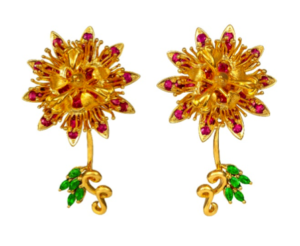 Paula came to realize that she also needed production capacity in the US and she made a prayer asking for help in that regard. The next morning the phone rang and it was Art Grant, (who has been called the “Father of American Gem Cutting”) on the line. He said “I have one for you.” “You have what?” “I have the master jeweler you need. He can do everything. He can fabricate, he can hand engrave, he can set stones, in fact he can even cut stones. He can do everything!” 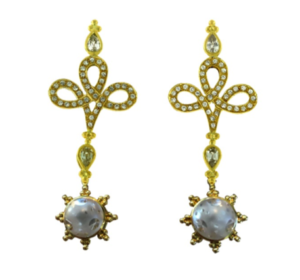 This gentleman in upstate New York has been called a “Jeweler’s Jeweler” because other workshops send projects they find to be too difficult to him. He too has been working with Crevoshay for decades now. As her work became increasing intricate and labor intensive, each piece took longer to produce. Instead of the typical four to six months, production time increased to ten to twelve months, and even longer for some very complex jewels.

Making jewelry by hand is becoming a vanishing skill set. For example, hand engraving used to be a basic skill of every bench jeweler. Now it is a little practiced specialty. The adoption of 3D printers has put untold numbers of fabricators and wax carvers out of a job. Even design itself has become computerized. Crevoshay feels that handmade items have a “Soul”, a feeling that machine made items never have.

It is a principal at Crevoshay to keep using the ancient metal techniques so that they aren’t lost in our lifetime. Like Carl Faberge before her, Crevoshay works with and supports the very best craftsmen, wherever they may live. 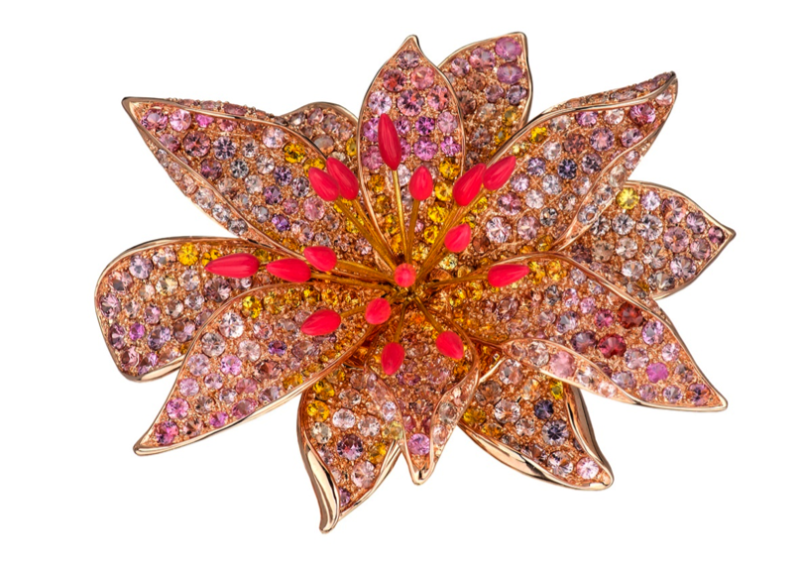